The website for my project collection (http://slashie.net) is now powered by ReactJS. I had to learn how to use it so I figured it was a good idea to update it. 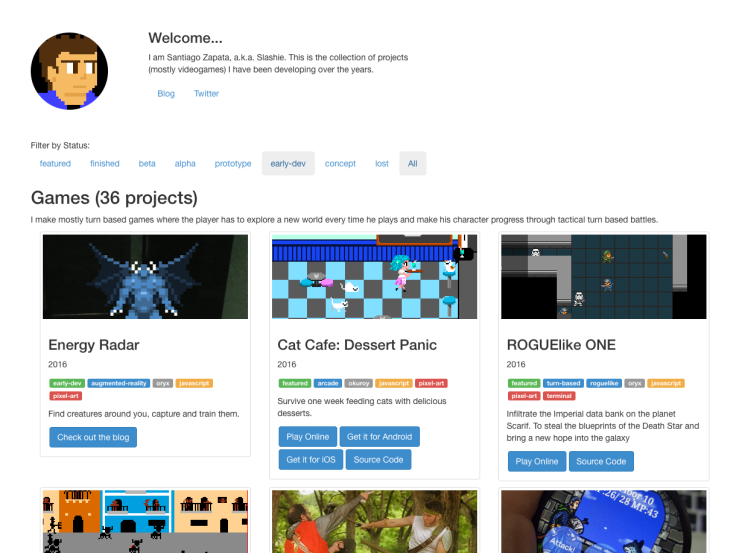 The previous implementation was powered by mustachejs, which was used with nodejs to generate a static html file. I still like that approach, however it didn’t allow by itself for interaction with the data.

Although appearance is very similar, this new version:

With this, I’m now officially a Level 1 ReactJS developer. If you are curious or would like to do something similar, you can check out the project repo here.