JS13k 2018 has gone by! this is the second of a series of posts detailing my journey, as well as the structure of the game I built. You can play it online here!

First thing I did was fixing the build scripts since I really needed to know how I was doing vs the 13KB limit (last year I spent a lot of time by the end of the time-frame, removing things). I figured out the build problems by checking the script for Lost of Asterion; I had to replace a dependency (gulp-uglify) with the ES6 ready version (gulp-uglify-es) since I was using ES6 features in my code (cannot live without arrow functions now). The zipped archive was 5.36KB, and I had 46 hours to go.

I created a list of priorities in Trello, as I said there was a game there already, so what was left was polishing some rough edges and add fancy stuff. The last missing core thing was making the levels consistent (that is, they should be the same every time the player plays). Of course, the trick because of the size restrictions is not having the levels hand-designed but rather using a seedable (and small) pRNG, I ended up using an implementation of  Park/Miller LCG based on this.

I seeded it with 13312, and it’s used only for the enemy wave generation.

Another annoying thing I was pending fixing was replacing the temporary setTimeout based timers with something that relied on the game update cycle instead so that the game wouldn’t go bananas when the animation was paused (say because the game’s tab became inactive) but the timers kept running. I added a simple function to the RAF loop to keep track of a list of timers on every frame update, reducing a timeout value by the update delta, and executing a callback when it reached zero.

Next up was showing the “current wave” in the UI, so that players could have a sense of progress besides the score so they could brag about being able to reach wave X. This was also used to increase the difficulty of the waves, so the further the player is the harder the enemies and the shorter their reaction time (so they shoot more bullets)

There were some weird issues where mobs were being “killed” out of nowhere, I thought this may be due to the way they were being sliced out of the lists during the update phase which might cause the wrong mob to be deleted. I changed it so that when a mob’s update function deemed it necessary for the mob to be killed, it is marked and then all the marked mobs are deleted, instead of doing it on the spot. It seemed to work.

Also added some cosmetic changes on the explosion SFX, changing the colors so that it looked a bit darker and different when fizzling, and a scaling effect so the ships would look like they were “landing” on the game (but it didn’t look very good)

Finally, continuing with the idea of adding a music track, I asked on the js13k slack and was lucky to have Ryan Malm offer to create a track for the game, as long as I could set up SoundBox on it.  So I did that and added one of the sample tracks.

The final day of development was long, but not really too crazy compared to last year.

I proceeded to add more variation to the different enemy formations, adding the following:

I also did the best I could to enhance the appearance of the turret “platforms” and the mines.

Added some planets to the background, they are a circle filled with a gradient, their generation is tied to the wave generation so they serve as milestone markers to see how far you’ve gone (so far I have only been able to reach the second, purple planet, in my highest score)

Did some playtesting and balanced the difficulty a bit, then, since the game bootup was a bit crappy, I added a “loading” screen to cover the process of converting the soundbox script into a WAV stream, in turn, I also added a simple title screen with the name of the game, some credits, and instructions. This required adding some “mode” handling to the game and a simple state machine.

Was getting close to midnight when I got the theme song by Ryan, it was awesome! because of time constraints, it was a bit short (about 15 seconds long) but it did a great job at enhancing the atmosphere of the game.

It should be noted that this 15 seconds track, including the whole “library” to play it, is 2.5KB of compressed source code. Compared that to 361 KB for the OGG export. It’s really wonderful.

I did some work on the player bullets, changing them from red balls to missiles, using a different sound effect for them, and throttling the fire rate so it was more controlled and predictable. Also, since I still had plenty of space, added sounds for the explosion when a ship was destroyed, and a beep for starting the game.

Continued with small tweaks, removing the “ships landing” scaling effect which didn’t really look too good, changing the keybindings for the “down” key for player 2 to be “5” instead of “2”.

The game was almost ready to ship, I did some basic CSS styling for the containing page (black background, centered canvas), but more importantly scaling the canvas to 100% height so that it looked good on most horizontal display cases.

I hesitated a lot, but in the end, decided to jump into allowing the player to restart the game without having to refresh the page when dying. Anyone who has participated in a jam knows how tricky it can be to reset the game state, especially if you didn’t design for that in advance. But I went ahead and did it, and I think being able to restart quickly  became an important part of the game (and makes it look much more polished)

As part of the final playtesting, I added “shield” to the ships so the player can take 3 hits before dying instead of exploding instantly, and increased the acceleration so it’s easier to dodge bullets. I also fixed an issue with the Numpad not working in Safari and Firefox 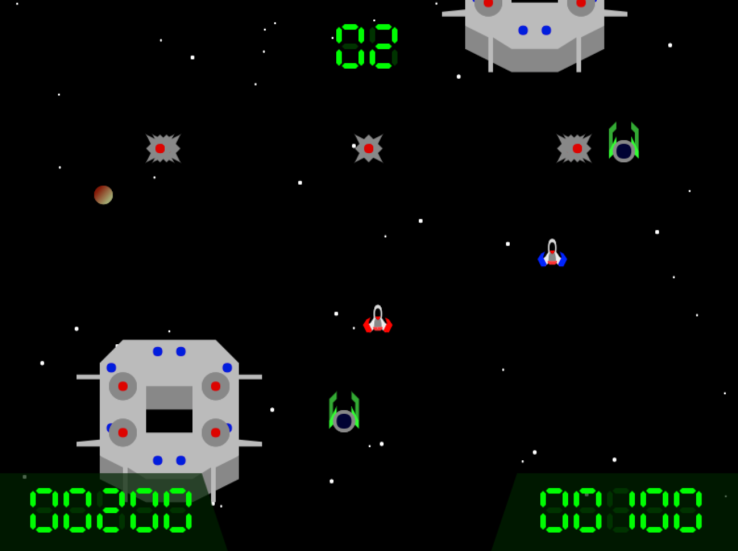 Next up, a view of the complete structure of the game, and then some final thoughts!

I was challenged by Ashton Morris (The music producer for Ananias) to extend upon my previous effort to create a game whose full source code could be put on a tweet.

Check out the results here!

“Pixel things every day in October“. Well, didn’t manage to do them all but still…

Was challenged by Glenn Wichman. Seven days, seven photos in black and white of your everyday life. No explanation, no people, challenge a friend to join every day. 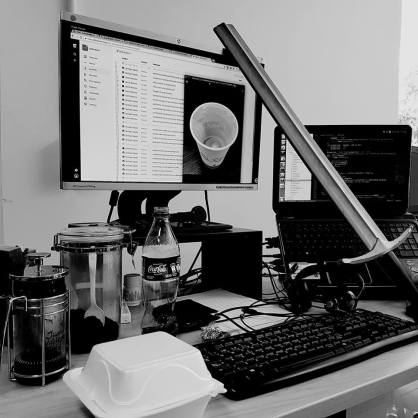 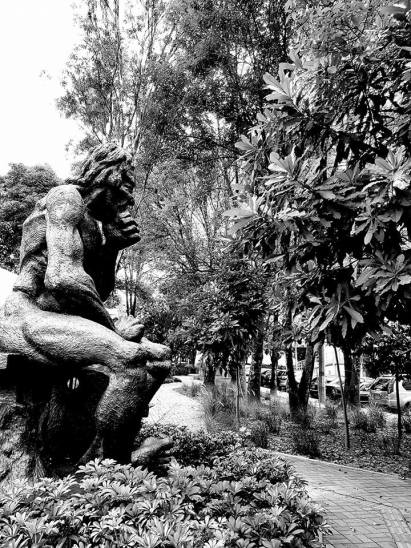 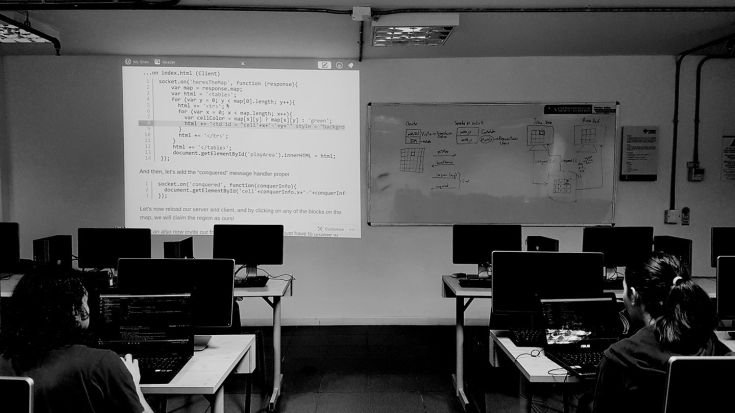