Recently, a good guy named Kay Tila has been working on Expedition, he sent me some initial contributions which we are in the process of integrating into the main repo. (He added some unit tests in order to get a hold on how the game works, and also added an initial implementation for Water consumption)

So, I checked out the project and had it run again, the memories! 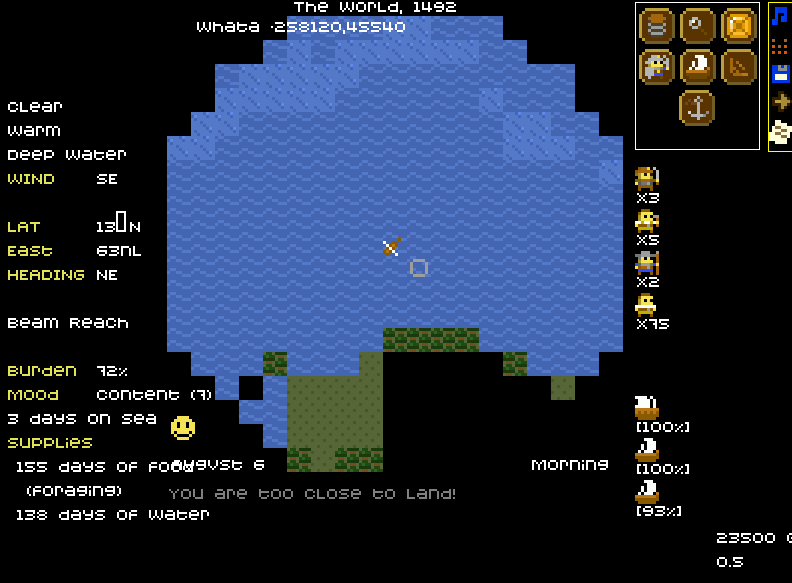 That being said, I immediately noticed the bad shape in which the current version stands, it seems like I did some really bad things in the last months I worked on the game, which left it basically on an unplayable state: Everything runs too slow, keyboard movement is ever slower. As far as I can remember, it’s all caused because of a multithreaded hell introduced to try to make animations work; even tho they are now disabled, they left a deep scare into the game.

I cannot work on the project right now, since Ananias takes precedence… but when I work back into it, the first thing to be done would be trying to fix it back into a playable state, before even thinking on working on new features.