Added a mask for the celestial bodies on the skybox, tried first with a sprite mask but then realized a simple rectangular mask would work just as well.

Next up was sky color, dug up a very old sky color calculator thing done originally for Pixal in 2009

Also found these notes which seems I used to code it :

It seems like the core of the tool is an interpolation function for these values, coupled with some research on how light works in the atmosphere (over-simplified of course). I went ahead and used the original old source code (probably one of my first works in JS) and transformed it into a decent module. It’s now integrated into the engine, in theory, this would allow to change some attributes of the atmosphere and have the color of the sky respond (small details, but it’s fun). 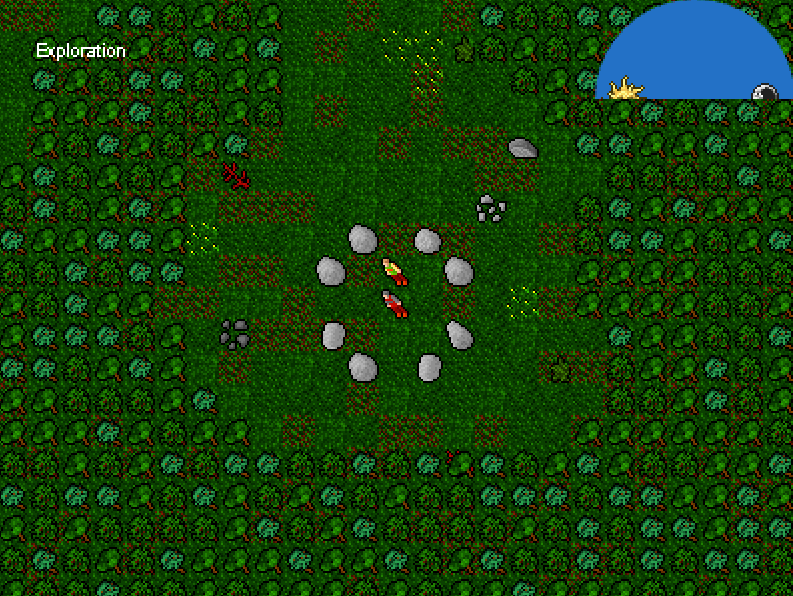 Also allowed defining items for the NPCs, which allows Shamino to fire arrows.

Been considering how the UI should work (full-screen map vs. a layout similar to U6). For now, I think I’m going to continue on the route to create an exult/nuvie-like layout with floating windows. This also means much smaller reliance on the events log/messages window for things like combat, the damage will instead be shown on screen, for starters.

Another thing I’m considering is merging MobTypes and NPCDefinitions, I see a lot of overlap there, and it’s causing the code to be more complex than it should, what I’m thinking is a single list, so you’ll be able to define what a generic skeleton is, and in the future make spawners for them, but in the same set of definitions you would have for example Shamino, including his full dialog and initial equipment the current way things are laid out you reference a mob type from the npc definitions, but I’m finding out that most of the times you will not reuse an existing mob type….

Unless maybe if we need to have a lot of NPCs, reusing the same basic definition for a “townsman” or “children”… gotta think about this more before making the moves in the code