After binge-watching all the possible endings for Bandersnatch in one sitting, I could not take this idea off my head, I had to recreate the game as something playable. You can play it online here 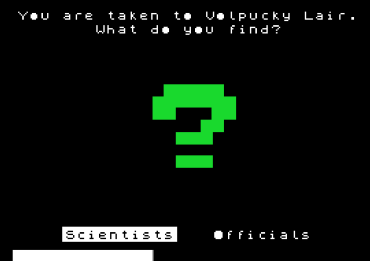 At first, I thought on doing it from scratch, creating a fake 3D engine similar to Akalabeth or the early Wizardry titles. After doing some research I opted instead to use proper 3D rendering, and adapt movement and appearance so it felt like a ZX-Spectrum game. I took our entry for the 2015 7DRL Challenge, Stygian Abyss, and started chipping off stuff and adding makeup until it felt decent enough.

One thing the engine didn’t have was support for interactive “prompts”, so that had to be added completely. Jucarave was up to the task and managed to do it during the last day of 2018.

Then came the question of designing all the game content; of course, the episode doesn’t directly reveal a lot of information about the game itself… however, there were some “design notes” scattered around Stefan’s ZX.

I used them to recreate a possible game flow… which frankly doesn’t make a lot of sense 😛 but that’s what it is! I also incorporated some parts that were visible on the short gameplay clips shown in the episode.

Luckily, the engine had support for static maps, so I mapped out the flowchart into a level layout, with each choice being an interactive item. 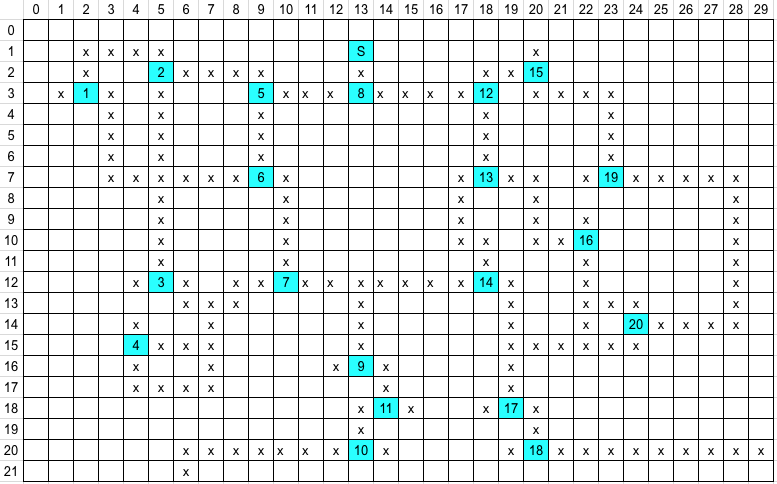 And that’s it, hope you like it! And by the way, you can check the source code here if you are interested.

3 thoughts on “Bandersnatch demo, the making of”