It’s been about three weeks since the last update so let’s go!

Don’t forget to check out the forums and discuss there, as well as follow the blog!

We had made progress on this some months ago, but with all the changes in the design and now that we have procedural terrain, we practically had to remake it from scratch. We are now generating the base map from the generated (or loaded) terrain, taking into account the heightmap to draw the shoreline as well as icons for the mountains and forests, and then displaying it as the player explores, including the position of the player and adding the discoveries he has made (see below). I must say that it looks pretty cool.

This facet of the game is meant to provide the players with a motivation to explore the map. As you walk around you will find things such as animal or plant species, ruins or new cultures. When you find a new one you will have a chance to name it and will earn “stars” based on its rarity. You can always check your discoveries in your journal. 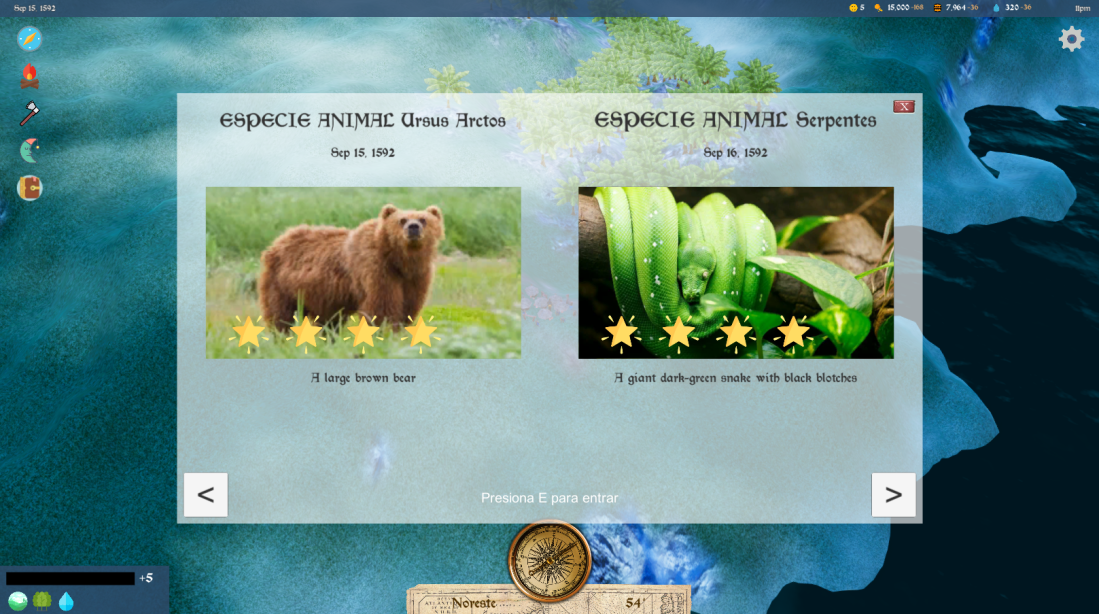 This facet is still very early in progress, it will be heavily based on procedural generation for the description and (2D) appearance of the findings you are making.

We invested a serious amount of dev on terrain generation, we are now generating islands using midpoint displacement fractal with preseeded key points and a lot of tweaking to make them look nice, be more controllable, and play well with the base procedural generation we had in place which was 100% Perlin noise. 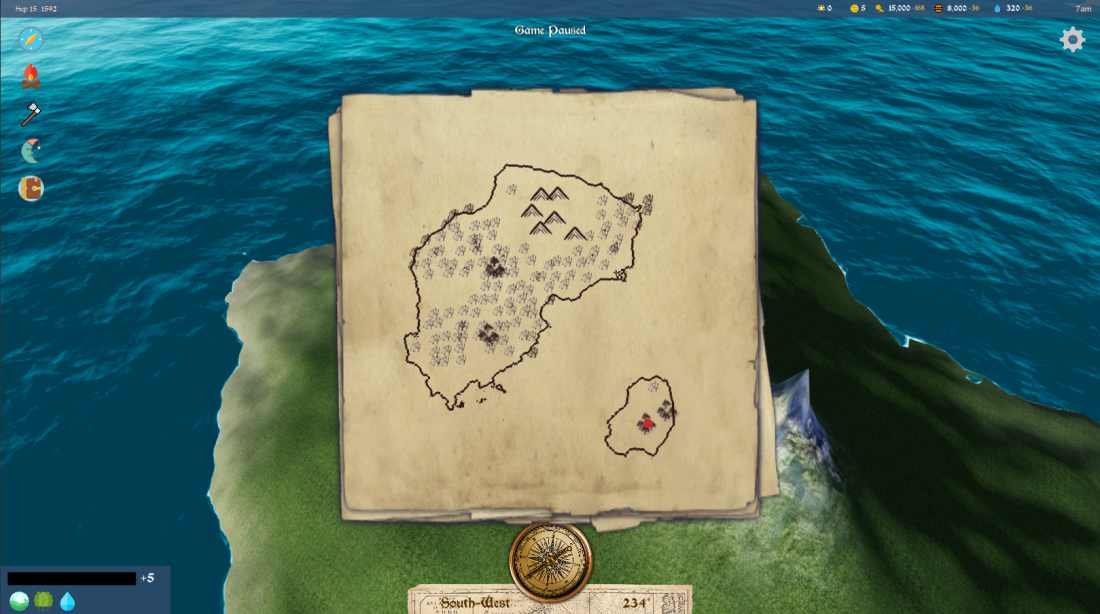 We are also affecting the base heightmap so that plains look plainer and mountains look more dramatic, by scaling specific portions of the heightmap. 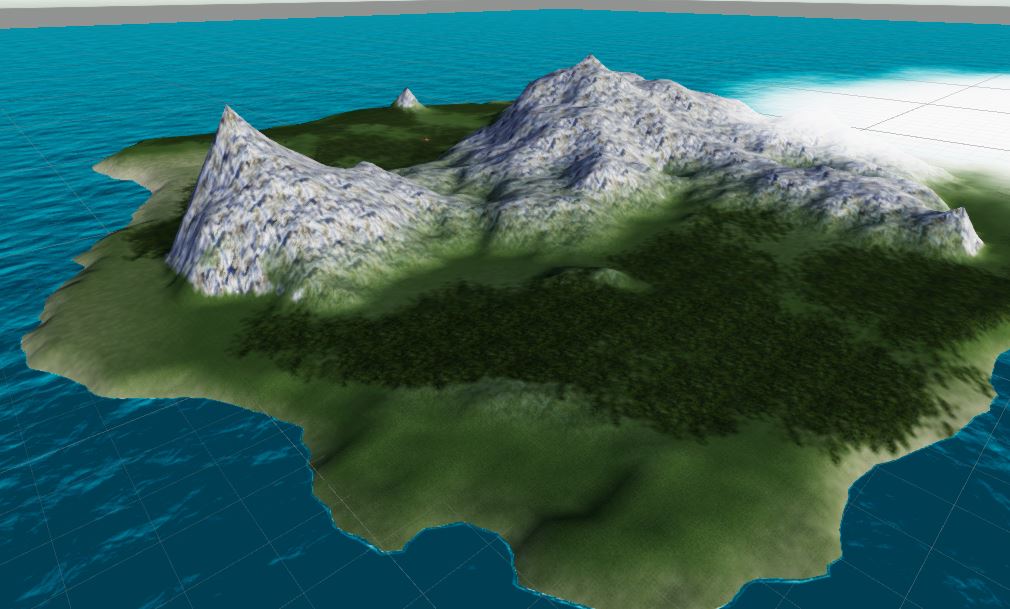 Combat now takes place on a separate “scene”, so when for any reason the player engages in combat (right now there are just random ambushes) he transitions to a separate area with a higher level of detail Small tweaks on how things are portrayed in the overworld, to give a better sense of scale now that the combat has been moved to a separate scene.

Also, further additions to mouse movement so you can now move in the ocean and enter towns.

Working in the flows for both the Campaign mode and the New Expedition mode, you can now select the campaign (but there’s a single one, the Pacanchique one), or select the “civ” you are going to use for the procedural mode.