We have a new name and a new theme:

After much pondering you have come to a conclusion… there’s only one solution to save this decadent world: Summoning the Great Serpent Kramora to exterminate all life on the planet, and let new life arise…

Decades of studying scrolls of magic and history point you towards the path of your fate: You must climb the Tower of Sephira, battling the holy knights guarding the Ancient Tome of Kramora Summoning. Will you be able to overcome the defenders of Order? 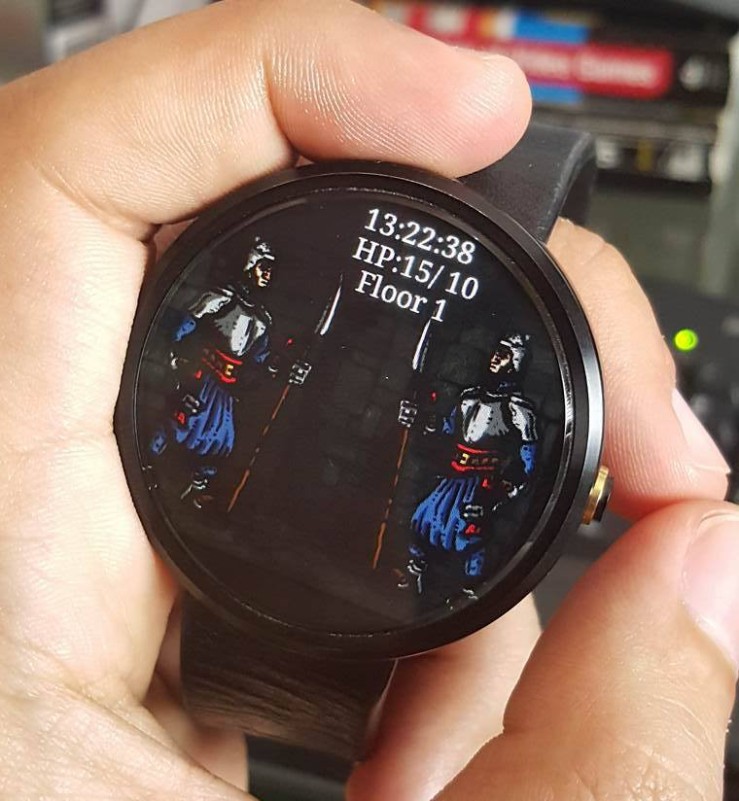 In the small amount of time I managed to scrap today, I added support for graphics. It’s almost working.

The graphics are being drawn by Giovanny Ramirez, my cousin, who’s also done some quality Ananias work in the past. I hope we manage to have all required assets on time!

Legend of Relojiah is a lightweight roguelike designed to be played on smart watches. Explore the labyrinthine Tower of  Time, battling monsters and finding powerful artifacts.

Today I managed to implement all basic interactions for the first iteration of the game, there’s a playable game already!

You play by tapping on the screen, depending on your current mode you’ll either continue exploring the current level (looking for more powerful weapons and armor), or attack the enemy you are fighting. Once you find the stairs to the next floor you can decide if you continue exploring the current level, or climb to the next one. The design is based on the roguelike in a tweet I made some months ago.

There are no graphics yet. I’ll get to that tomorrow with my provisional art, but I’m also looking for an artist to work with. What would be required would be some low resolution illustrations for the background, items, monsters and the player. 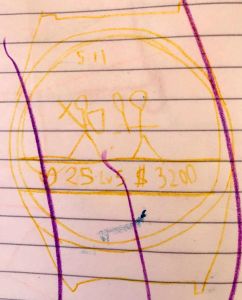 After graphics are implemented I’ll play a bit with the content to make it balanced. In the unlikely event I’ve got more time to work on it, I may add some simple tactical options for battles.

I also plan to make it available for other devices; I’m still wondering whether doing it on JavaScript so it can be played anywhere, or creating a native Android app (the watchface would come bundled with it)

Aeons ago, while developing the world browser for Pixal, I thought on adding a graphical indicator of the current time of the day inside the game world. Denzi then sent me something some pretty cool art, but since Pixal never saw the light of the day… that art was never used.

Some months ago I got my Moto360 smartwatch and as expected the first thing I thought of was, what can I develop for this? I did some tests and created a sample watch (Which I may eventually polish a bit more and release). But then I thought… I really need to use the sun-and-moon scenery from Pixal for a watchface!

The idea was simple, basically to show the sun and the moon cross through the sky as the day and night went by.

Since we already had the animations, I thought on having a minstrel playing music on the ceiling of a tower while the days passed. I was inspired by this animation Denzi had

I shared my idea with Denzi, and he actually had something slightly different in mind, blending the initial idea with a standard analog watch.

The current result is a bit different than what was planned, but I decided to jump on it and create something simpler; I required some additional art assets from Denzi which I could never get, and I also thought this simpler design without animation works better for battery consumption. 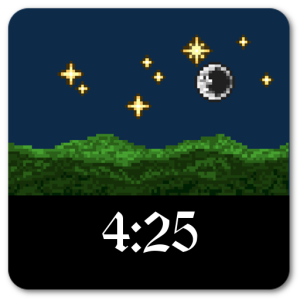 I actually had some features in mind that didn’t make it to the initial version (And probably won’t go in, since I think it’s good enough as it is):

So, if you have an Android Wear Smartwatch, what are you waiting for, check it out at the Play Store, and share with your friends 🙂

(One annoying thing I haven’t been able to get rid of so far is the app asking for the “Account” permission set.)

It has come to my knowledge that there are still some people in the world who cannot afford a fine watch such as the Roger Dubuis Excalibur Knights of The Round Table, this saddens me a lot.

That’s why I have decided to do a small side project along with my pal, Giovanny Ramirez (same guy who did the illustrations for the latest Ananias Crowdfunding Campaign), we are going to create a similar fantasy watch, but a tad more affordable for the common man, running on Android Smartwatches.

So far I’ve been fiddling with Android Studio, trying to set up the correct combination of SDK / AVD / Tools etc. I had to give up with the emulators for Android Wear; they simply didn’t work (the watch face never showed up) and my 4GB MacBook Pro is just too weak for android emulation (it works perfect for JS dev but this is another beast)…

Working with the real watch on the other hand was a much better experience, debugging via bluetooth adb bridge is a breeze, and Android Studio is a pretty cool IDE (still trying to get accustomed back to strong typing, the delights of Java)

I have created a simple initial version of the watch, still lacking optimizations for battery consumption and fancy features but it WORKS 🙂

I think it will look even better with one of the newer smartwatches with metal bezels and bands.

These are the features we are planning for the watchface:

The watch will be available at google play for a very affordable price tag. Giovanny is going to be working on the art department the next days, stay tuned!