I haven’t talked much about Quadrigan in this blog. Someday I will.

Back on 2012 I started working on a project management and time tracking tool adjusted to my needs. I never made a big fuzz about it… I know there are many other tools (and then every developer wants to roll his own) and I’m aware the current version of Quadrigan has a very dated UI. 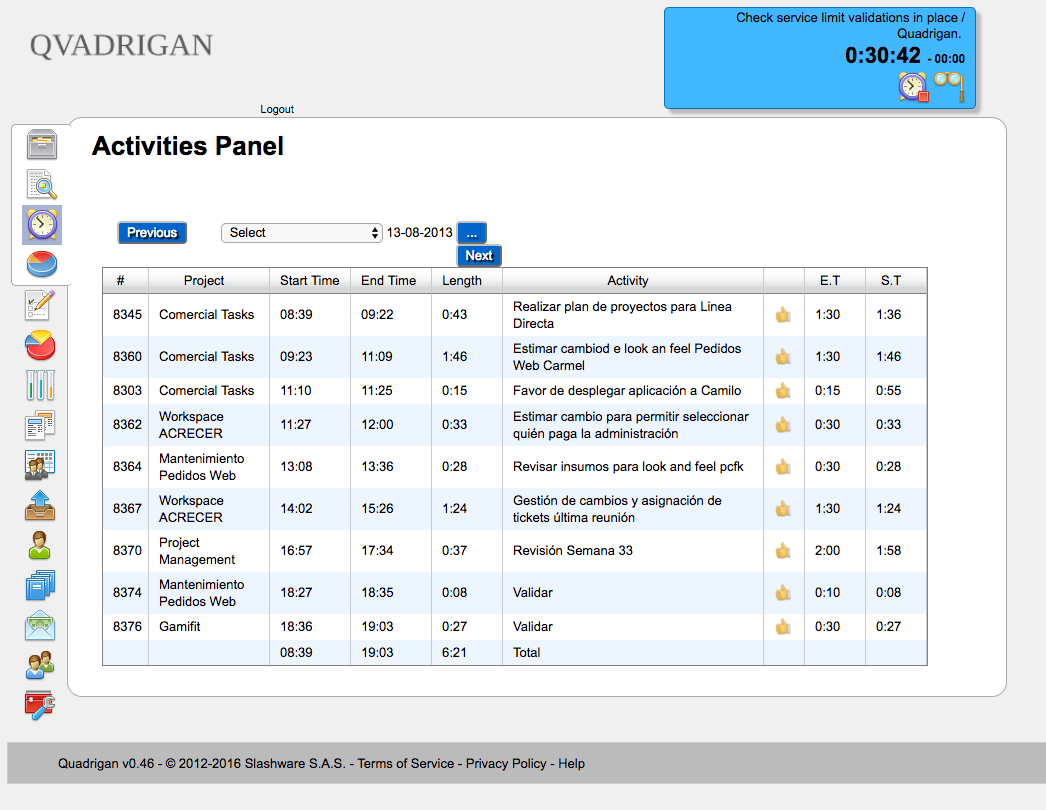 In any case, I continue using it even nowadays… it’s more of a lifestyle thing, I’m just unable to remember what I have invested my time into… Quadrigan is a life safety measure so I can always look back in time, find out what I was doing, summarize (which is useful for billing from time to time) and one way or another prevent losing too much time.

It proved to be pretty useful when I was in charge of my own small software company; after I closed the office I haven’t used again its team management facilities, since some people may miss the point of it and perceive it as micromanagement or surveillance instead of what it really is: a tool for communication.

May be someday I’ll create a series of tutorial about it. In the meantime I’ve released v46 after more than 3 years. This version brings only two changes:

You can take a look here if you feel curious (use at your own risk for now, I take no responsibility for any data loss!). It is free for teams of 3 persons or less and premium versions will start at 50USD / year for 50 user teams