Toned down the palette a bit on the ocean and grass tiles. 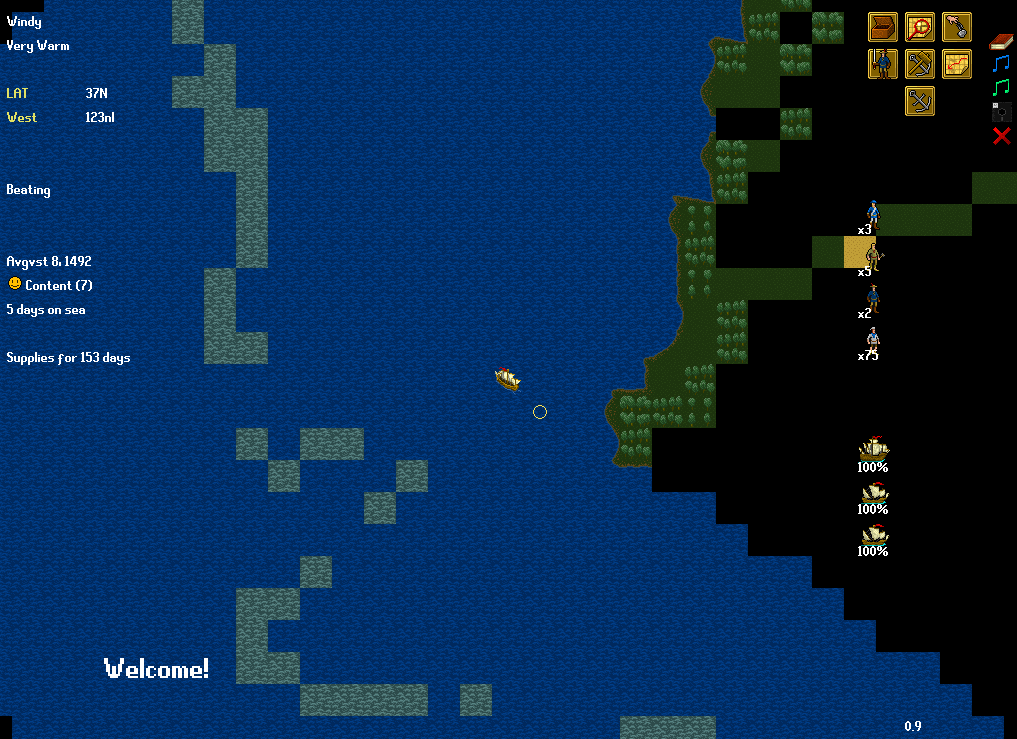 Also added forest and “plains” variations, replacing the fixed tropical palm trees and brown patches of land, also put some trees in front of them mountains to make them blend a bit better.

Started working on the rivers, gotta do some big changes on the model to pick the tiles based on the world model instead of the player’s perception (since the field of view can greatly affect it). That is, there may be a river tile you are not seeing to the east of the one you are seeing, the game should be able to pick a river fragment expansing eastwards, but right now it relies on perception data so it cannot know.

Another things to work in related to rivers:

As I feared, I’m ending up investing more time on the Java version of Expedition/Voyage than I anticipated, I just cannot release something half-baked… I’m even considering completing a bigger scope for it and releasing it as Expedition… my mind just keeps spinning and spinning.