This is an account of the least important projects I worked over the year. The most important project, of course, was “Gabriela the Human” which was released on September after 9 months of development (and I’m now working on adding new features to it).

That being said, it was another year of awesome indie gamedev work. Here is the story… stay tuned for the 2018 plans, coming soon!

Ananias was finally released on Steam and iOS, Expedition was almost brought back to life, OpenArthurianX6 was funded and development started, I participated on 5 game jams and did 3 retro animated videos, learned a bit of RiotJS and ReactJS and a lot of Phaser.

The year started with the release of version 1.79 of Ananias, although most of the work on it was done on December 2016. This version included character creation, rune portals and lots of gameplay and UX tweaks, all in preparation to the 2.0 release on Steam. This was continued on version 1.80 which added an intro, and more polish and UX enhancements

Then, to refresh my mind a bit, I worked back on Morgaelin, the Ultima VIII demake project, doing a lot of reverse engineering on the plot of the game to accommodate it to the Ultima V level engine, as well as implementing the first cutscene, and even coordinated with jucarave to create an HTML5 version of it. 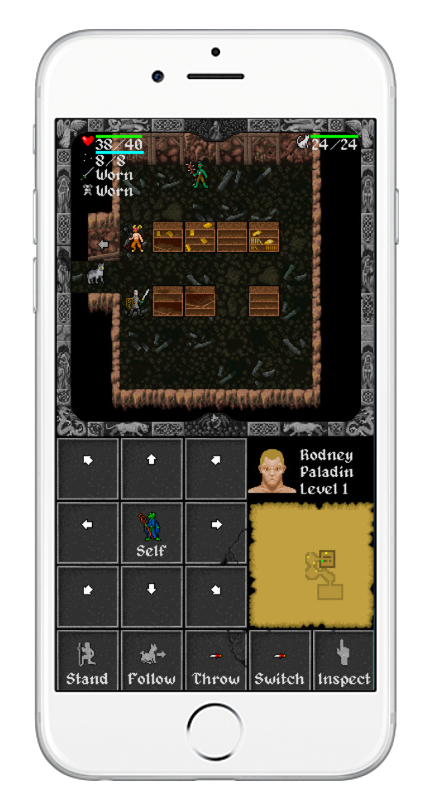 Visiting the Ultima Dragons Internet Chapter 25th anniversary and GDC on California ate some development time, but I managed to finally release Ananias 2.0 on Steam; we had a release party and the game was well received.

This followed up with v2.1 with important gameplay tweaks based on the feedback I received, as well as an optimized mobile UX which finally allowed the game to be released on iOS by the end of the month!

I participated on the 7DRL challenge with PokemonRL and almost felt like I failed because of the YUUUGE scope I set to do. But in the end it was playable and interesting. In classic 7DRL fashion I continued working on it and ended up with a more complete versions 1.1 and 1.2

I released Ananias 2.2, with much better Keyboard support and gameplay tweaks,

I remade the slashie.net website to (learn how to) use ReactJS. Similarly, I created Project Picker as a simple app to learn RiotJS.

To add some fun, I considered doing some simple Atari2600 development for Ananias (but didn’t pursue it further)

Finally, I released an updated version of CatCafe with UX changes to make it more useable on mobile. 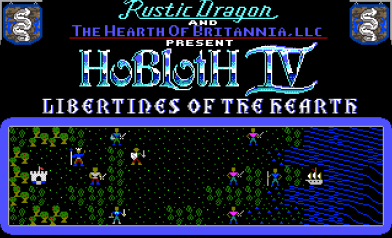 The hearth of Britannia commissioned me to build the animated intro for the (sadly cancelled) HoBLotH IV event.

In a weird move (?) I renamed PokemonRL to Monster Trainer RL and renamed all pokemon (Pikachu -> Kachupi), the new version I released also had small but important fixes and changes.

Finally, I released Ananias 2.3 adding support for Steam Achievements and Challenges, and some gameplay tweaks. 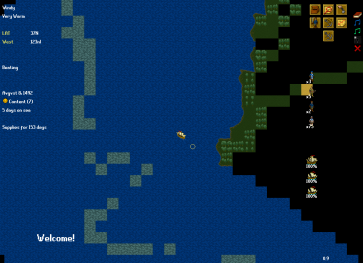 After receiving some feedback regarding the plans for Expedition, I decided to work on “Voyage” first, and thought it’d take less than a month to release (WRONG!). I worked quite a bit on it, trying to build a worthy product out of the old codebase and design and was doing some good advancements, but as usual, got carried away.

I also released Ananias on Newsgrounds. 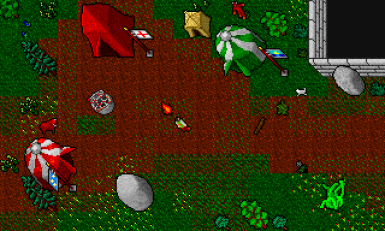 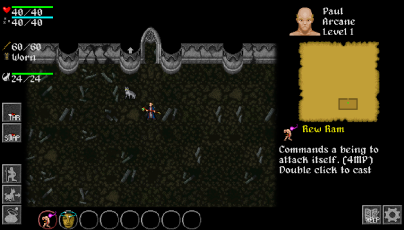 I launched the campaign for OpenArthurianX6, an engine to create games similar to Ultima 6, and updated “Project Picker” to use RiotControl, just to learn how it works (needed it for work)

I also released a new version of Ananias including some important new spells and gameplay tweaks.

With the OpenArthurianX6 campaign underway, I did some work on it and described its design on detail to grab the interest of potential funders. By the end of the month, it was funded 🙂

I fell in love with the Castlevania Netflix show and decided to work on a tribute video, named Curse of Wallachia afterwards. Along its development, I worked on the javascript motion picture experiment, trying to emulate how the first movies worked by moving a strip of pictures quickly thru an obturator. 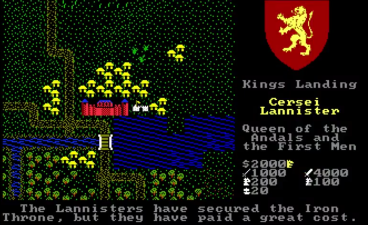 The campaign for OpenArthurianX6 finished successfully with 136% funding, and I went onto planning its first iteration.

I finished the Curse of Wallachia Castlevania tribute video and created another one for Game of Thrones, based on the ages old pixel art Westeros Map project.

Lastly, I decided to jump into the js13k challenge with an exploration game. This was the first time I created a somewhat extensive physics based game on JS, which proved to be very useful for later projects. 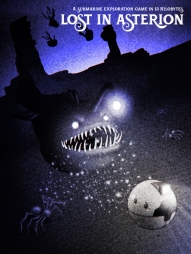 I created the prototype for Queen of Westeros (along with raveneye), mainly as a result of my participation of the Velocity Partners Hackaton. That’s project is worth evolving to include a graphical map and being more useabel.

I also finished Lost in Asterion (lots of work went into it!) it was pretty happy with the results (they jury not so much so :)). I then went back to push hard with OpenArthurian X6, mainly working on the combat mode, and started streaming the development of it. 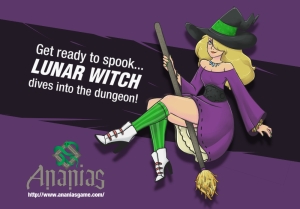 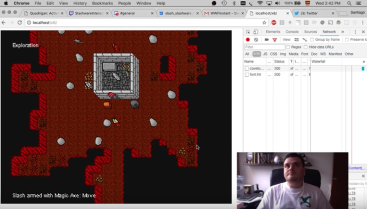 I did a lot of work in OpenArthurianX6 (Ranged attacks, party members, pathfinding, day/night cycle) and produced a special halloween release of Ananias with a new class (Witch). I also participated in the Octobit pixel art thing creating a pixel art piece daily for 14 days. 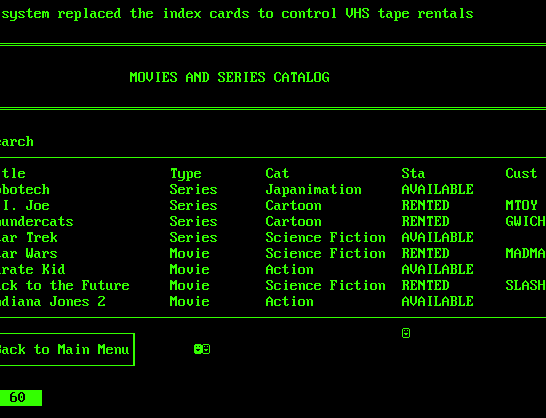 I went to the Roguelike Celebration in San Francisco where I gave a talk about roguelike interpretations. I decided to jump into Github GameOff producing Rogue Program, an ASCII RPG, along with a public version of JSRL, a template project for creating roguelikes in JavaScript. Finally, I created a new version of Roguelike in a tweet, using the new 280 characters limit. 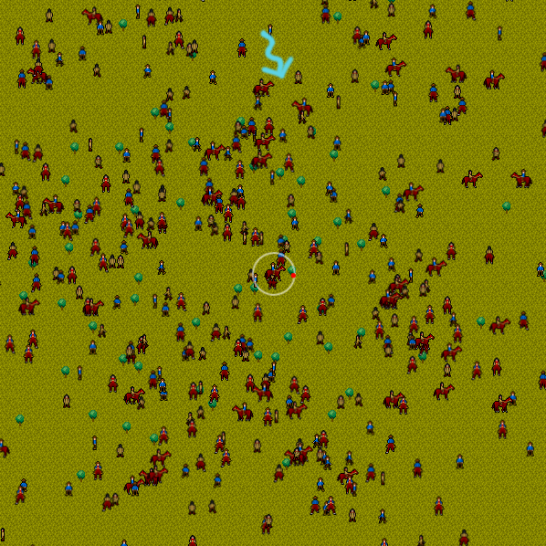 I started December by participating on the Ludum Dare 40 with Life of Chuckles. Then I was mostly busy with privateer projects for the rest of the month, except a maintenance release of Ananias and some experiments for a real time version of Expedition. I also did some work on OpenArthurianX6, but didn’t manage to produce an alpha release.