Here’s the account of the projects that were worked on 2014, the first year after the destruction of the second Slashware Fortress. 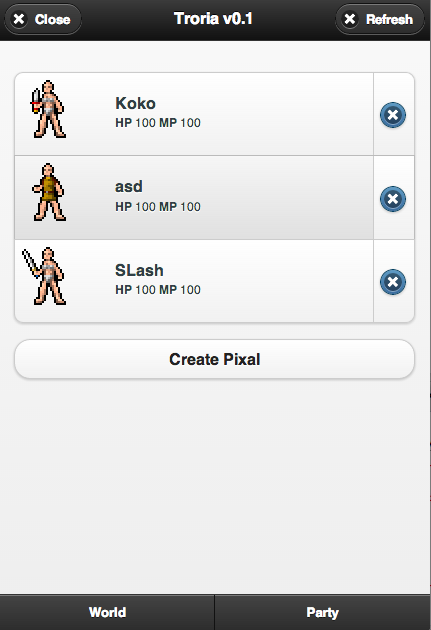 January saw some short development for the still very alpha PX2 engine; it remained inactive through the remaining of the year, although the Pixal spritework ended up being used on another projects. 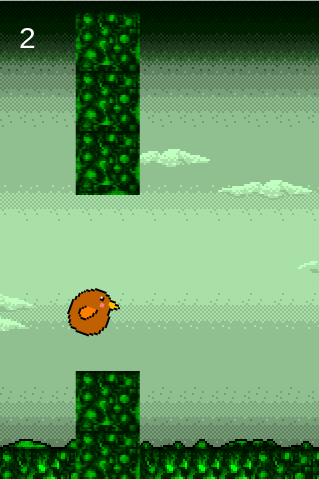 Not much was produced on February, however knowledge was gained on Phaser.io and Object Orientedish JavaScript for game development, which would prove useful through the year. And yes, a Flappy Bird clone was created. 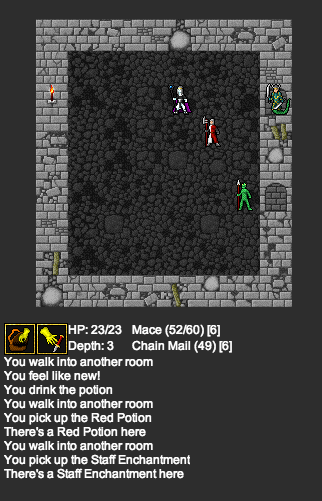 As with every year, development was revitalized with the yearly 7DRL challenge. March saw the development “The Tablet of Ananias”, a HTML5 game in which I focused on accessibility for tablets and smartphones, much more would happen with it afterwards. There was also some incomplete work on ArcherFire, trying to simplify it and make it a more streamlined experience.

Two projects were started on April: BrazilAlbum.com and the DND1 remake, which was an entry for a programming challenge.

BrazilAlbum.com was a JQueryMobile + JSP app for the world cup, which in the end failed to acquire a big user base, but was a good exercise on designing UI for mobile screens.

The DND1 remake was also a good exercise… on patience! it was about porting an ancient BASIC game into JavaScript. The most fun part was maybe creating JSTTY, a library to simulate the display of teletype games which I released as open source. I ended up as a runner up of the programming contest with DND1; the contest’s rules were not very clear and I think I was closer to the original game than the winner (which I thought was the main criteria, being as close to the original as possible without adding new features), however the biggest prize was being able to interact a bit with Richard Garriott, the creator of the Ultima Series.

May was a mixed bag: DNDX, an enhanced version of DND1, was created just for fun, and more features were added to BrazilAlbum.com. But more importantly, the development of The Tablet of Ananias was resumed, and it’s name changed to just Ananias. Work made on this month would eventually allow the game to continue evolving. 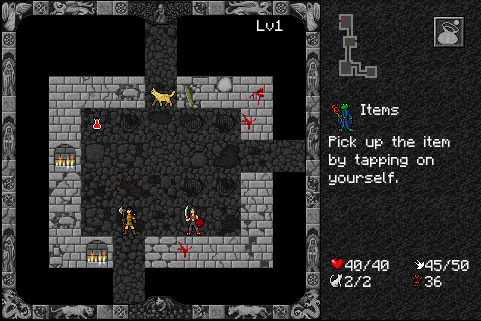 In June, the first crowdfunding campaign for Ananias was launched, and a lot of work was done on the game. The campaign would eventually fail, but it increased the reach for the game and allowed obtaining lots of useful feedback for the continued development. The cleanup of ArcherFire continued through this month as well. 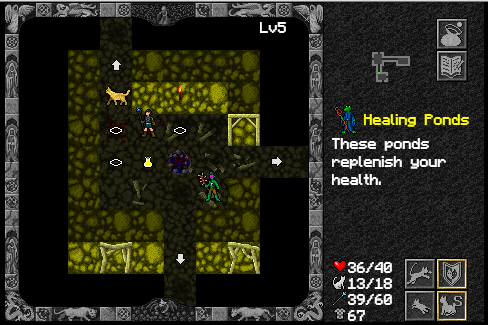 The second crowdfunding campaign for Ananias was launched in July. Under it’s umbrella development continued fiercely, CircularJS was also created as a result of the need to serialize the game data for saving games. It’s a small open source javascript library which can be used to serialize and deserialize cyclic javascript object networks.

Development of Ananias continued in August after collecting the results for the second crowdfunding campaign; the goal was not met but the partial funds were helpful to pay the artists (musician and pixel artist) for their efforts. The development of Britannian Underworld was also started by Exodus Destiny, and some work was made on level design as well as organizing the art pack. 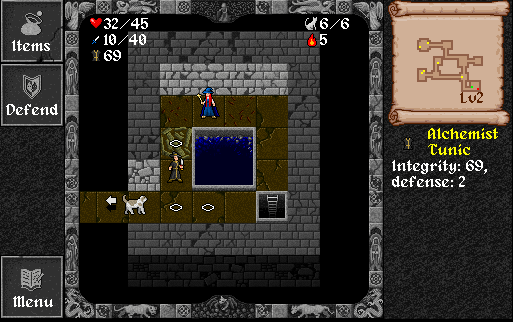 September was basically huge amounts of work on Ananias; It was also the month with the biggest % growth on active user base on Android after it became public, jumping from 474 to 2572. Sadly, Britannian Underworld’s development was frozen due to not having a pixel artist to draw animated sprites for the monsters. 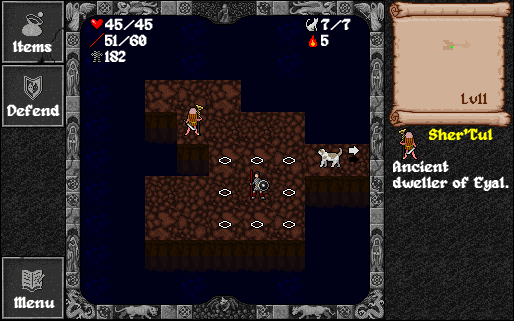 In October, Ananias hit the 10.000 downloads mark on Google Play, and heavy work continued on it. Some painful infrastructure changes were also made, having Slashware Interactive become my brand for finished games and Slashware Software Solutions grouping my currently dormant business software efforts. Slashie.net became the cool kid with the long list of projects and this blog. Some artists from TigSource.com were also contacted, hoping to revitalize the development of Britannian Underworld. 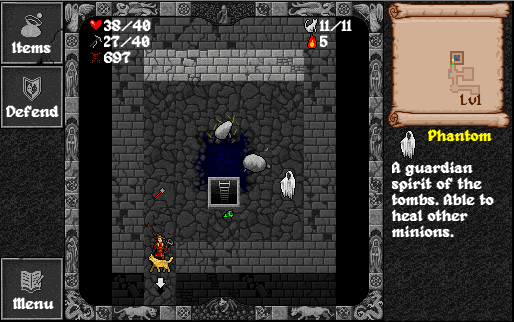 Ananias continued growing in November, hitting the 20.000 downloads mark and gaining new features that made it a more complete experience. For Britannian Underworld, the design for the first level was mapped into the engine.

Closing the year in December, more work on Ananias and the beginning of a new project: Lune, of which not much has been disclosed but which is being worked together with Exodus Destiny and Oryx, hoping to bring some cool oldskool fun. There was also some work done on a IRC bot for story telling along with some friends at work, namely the slashbot.