Last week I was contacted by Rustic Dragon, proprietor of The Hearth of Britannia and main host for the HoBLotH events; Castleton, Richard Garriott’s property in Austin where two of the previous iterations of the event have taken place, is up for sale now so it’s very likely that this is the last of this series of events to take place there. As a result, he’s planning to be even more fantastic than usual.

He had an idea for an animated intro similar to the Ultima IV opening so I went ahead and worked on it! I ended up putting a lot more on it than I thought I would, but it was just too fun to work in (except fiddling with scaling issues on Internet Explorer and strange WebGL issues on Safari…). 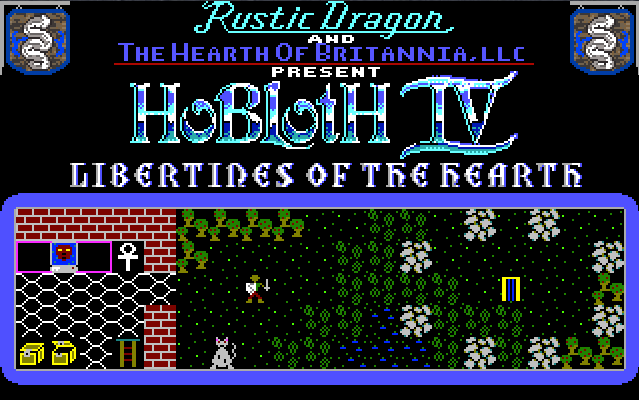 In order to be able to embed the intro onto the page portal, and also since it had to be a quick development, I picked phaser for the job. I used basic spriteworks plus the time and a bit of the tweens module (and the sound one, of course).

After the opening titles, a short demo is shown comprised of the following: 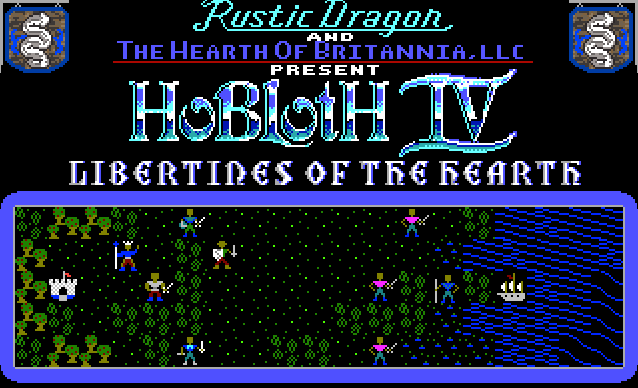 In addition to the work in phaser (including minor custom pixel art), I implemented the “retro tv” effects based on the ones I used for Cat Cafe (using glfx.js and some simple practical effects for the scanlines).

This was done specially to accommodate to Rustic’s idea to use an Apple II frame for the intro (by the way, the one he ended up using is a real pic of an ancient piece of Origin equipment ;)).

Some of the issues I had with cat cafe remain (specifically, the bulge filter doesn’t work too well in conjunction with scaling), but given the small window size and the scanlines, it didn’t look bad at all and ended up being used in the final version. 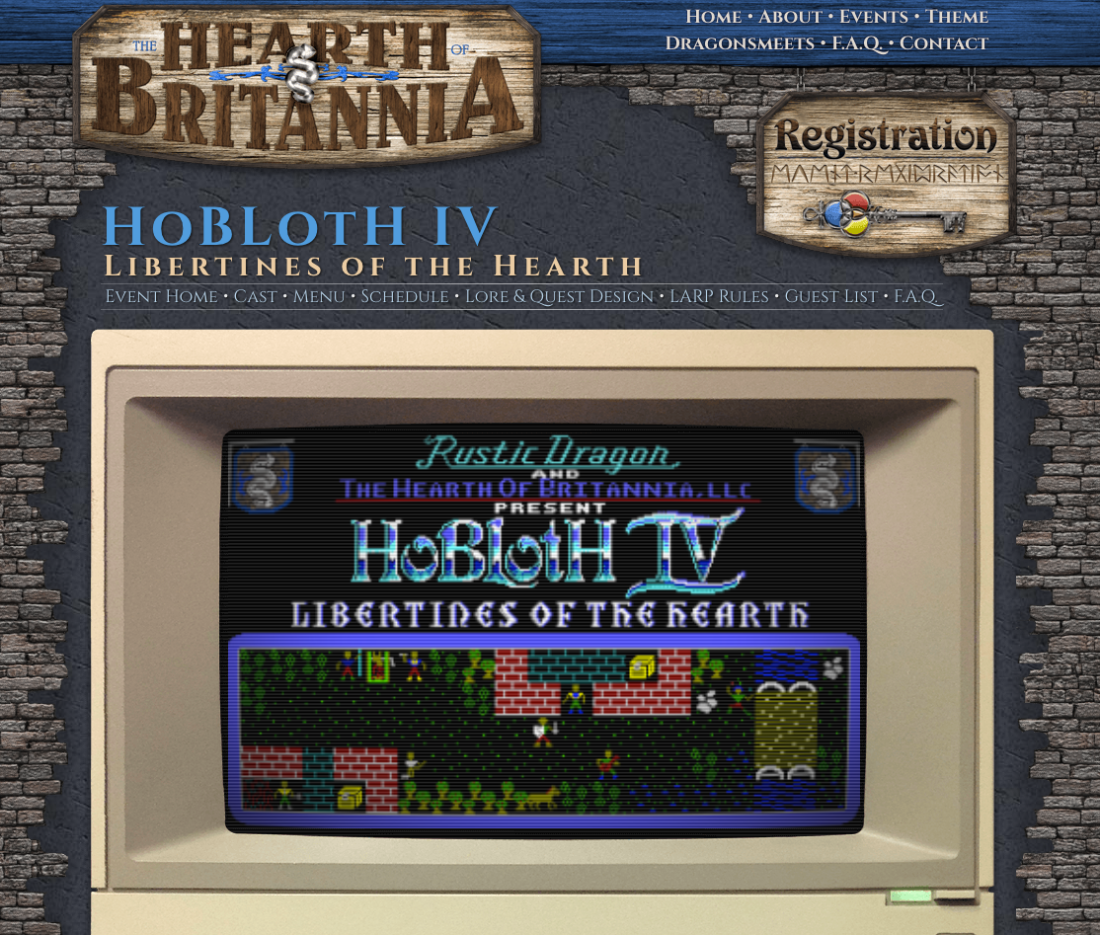 I also created a musical version using the Hearth of Britannia theme made by the Space Bards, you can check it out online here or below, via youtube.

Animations for this version are timed to play along with the theme, which I think looks pretty neat.

In any case, people have liked it so far so that makes me happy! also if you have the chance to be around Austin in November 2017, DON’T MISS THE CHANCE to be in the event, I was there last year and it was super fun! registrations open by April 30