The company I work with organized a hackaton. I was hesitant to participate (too many projects already underway) but in the end decided to jump in with a turn based stratategy game I’ll write more about in a future post.

In the meantime, here are the other projects that participated. It was a single day event, but even so there was a pretty good level all around:

ExtrasApp: An application to connect extras (actors) with producers looking for them. The actors sign up and fill their profile, the users can then search based on what they need. They used neo4j, kotlin and reactnative.

Park.me, One of the two entries for parking space optimization. This one focused on the user experience, allowing people to register and free up unusued spots for a given day, and building a product any company or shared parking space could use. They used Angular, bootstrap, sailsjs, nodejs and mongodb.

LoRegalo, a website where people can post things they want to give out, and then pick who gets to keep them, from the people interested on it. They used typescript, bootstrap 4, auth0 expressjs and nodejs. 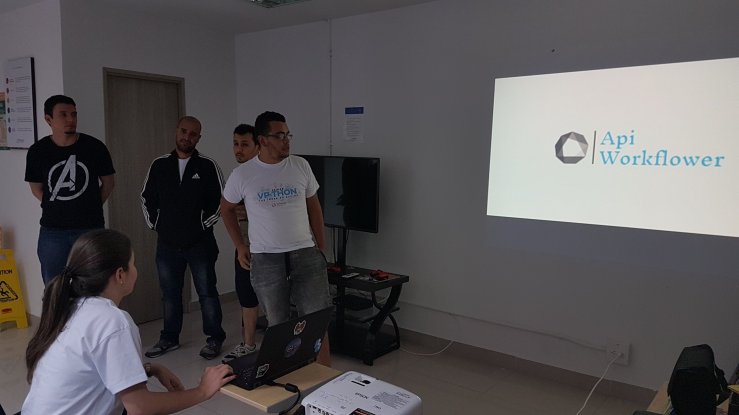 API workflower, who ended up as the winners of the event, worked on an API integrator. They created a HATEOAS based API which you could use to register APIs (using Adapter objects) and then defining workflows that used these APIs. Then you could trigger these workflows using an operation to transparently connect with different services. For their proof of concept they tweeted a quote obtained from a service. They used nodejs and expressjs. 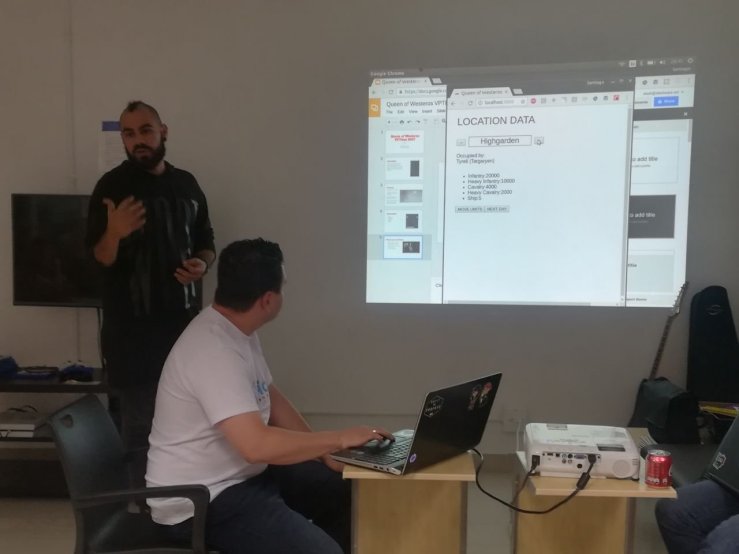 Queen of Westeros, made by yours truly and Paranoia Viral. I’ll post detailed info about it tomorrow! 🙂